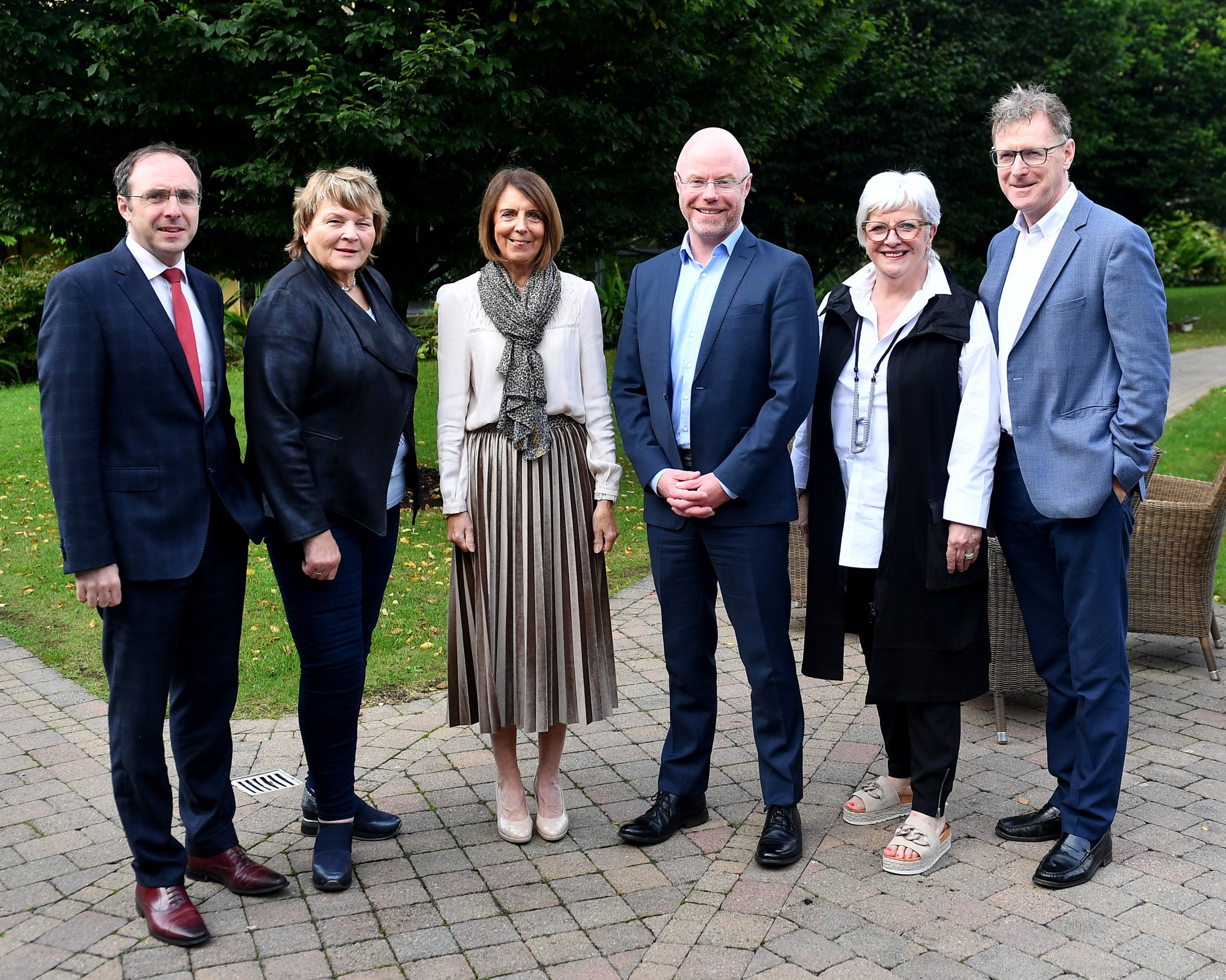 It was with great joy that the members of North Westmeath Hospice CLG heard the recent announcement by Taoiseach Micheal Martin  that the government is committing €20 million in  Capital Funding to the building of a Level 3 Hospice for the population of the Midlands Region. This facility will cater for all individuals in the area who need such  care at the end of life. It will be a 20 bed unit situated in the grounds of the MRHospital Tullamore and the plan currently is for it to be completed in 2025.

This new Midlands Regional Hospice will be the hub and it will support the already excellent services which are provided in the community by the Local Palliative Care teams and Primary Care Teams.

North Westmeath Hospice CLG along with the voluntary Hospice Committees in South Westmeath, Longford Laois and Offaly have long advocated for this Level 3 Unit. These groups have also been supported by Tullamore Lions Club through their drive "Hooves for Hospice" where they have raised over €1 million towards the project.

A great tribute is due to the local fundraising groups and individuals, the medical staff and the politicians in the area for continuously striving to raise awareness and funds to  achieve the best possible care for people in our communities and their families who need specialist Palliative Care at the end of life.

Since the early 1990's voluntary fundraising has been carried out to ensure that the people of the region are given the best possible end of life care. This work began with the employment of a Palliative Care Nurse in the Westmeath area funded entirely by voluntary donations. This has progressed to the development of a complete Community Care Palliative Care Team which is Consultant Lead. and now funded by the HSE and supported by the North Westmeath Hospice CLG.  This Palliative Care  Team works seamlessly with the Primary Care Teams, Hospitals and Nursing Homes in the area The Midlands remains the only place in the country which doesn't have a Level 3 Hospice Unit.  Such a Facility ensures that patients get priority special care that meets their needs at the end of life and gives respite and support to their families.

On meeting the delegation from North Westmeath Hospice Stephen Donnelly Minister for Health fully acknowledged the tremendous work done by the 5 Fundraising Hospice Groups in the region. He realised that these fundraising efforts needed the support of the government therefore  he sought their approval  to commit €20 million to this work. The North Westmeath Hospice group is delighted that this work will now proceed and a Midlands Regional Hospice will be built and will cater for the needs of the region across all levels of end of life care . Due regard needs to be given to everyone who has worked tirelessly to achieve this goal. This would not have happened without every euro donated by the public, the volunteers, our public representatives, the medical and social care teams and above all the patients and their families. For the Midlands it's a Red Letter Day to know that those most in need will get the best care possible close to home at end of life. 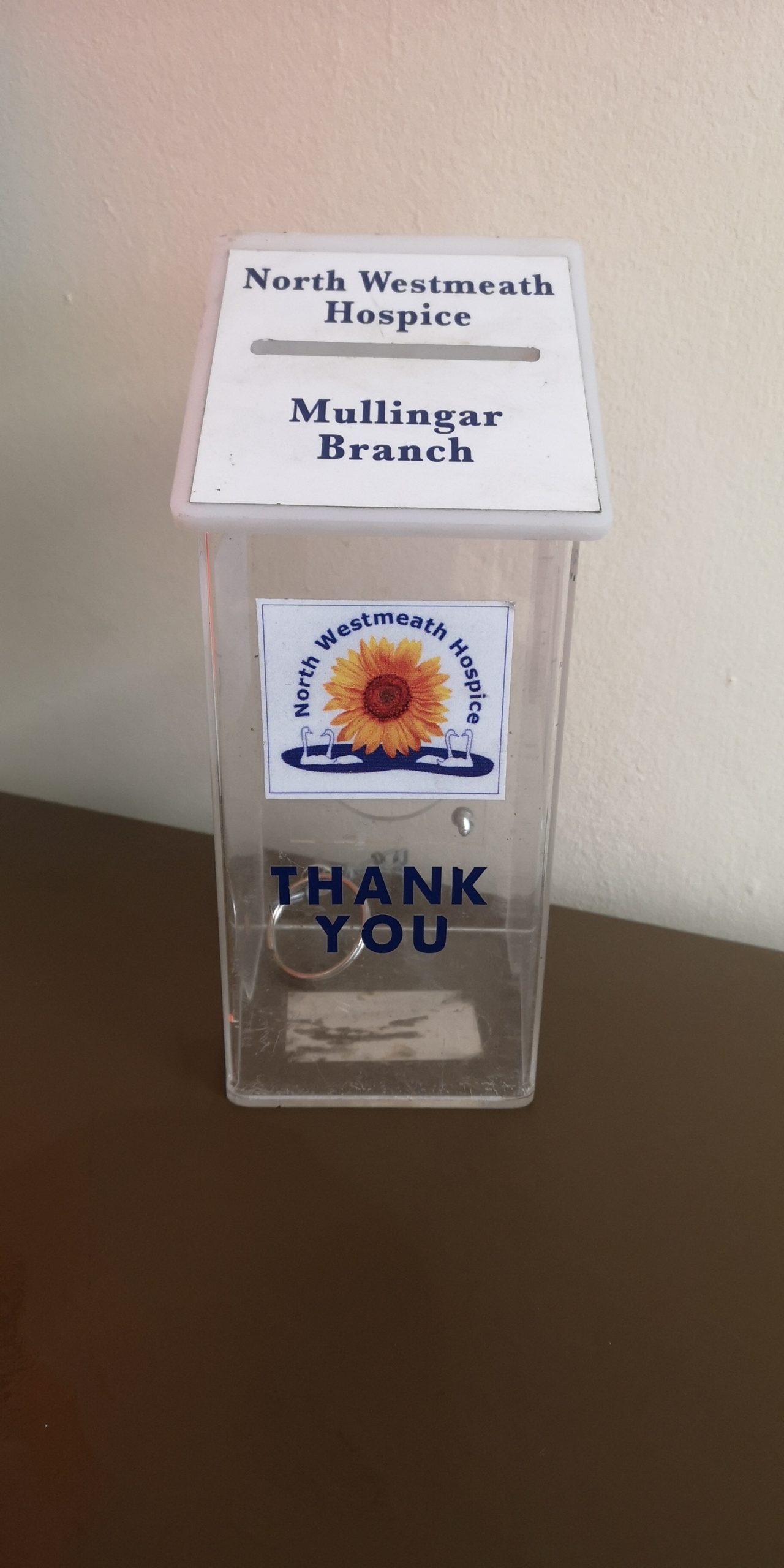 Did you know we have Charity Boxes in various locations around Mullingar?
North Westmeath Hospice
To relieve often, but to comfort always
Designed by Handyweb.ie - Developed by Handyinfo.ie

About UsAvailing of the Hospice ServicesContact UsSitemap